Mihonoseki – 30 years ago, a family in Mihonoseki, a part of the Shimane peninsula, received a surprise present from outer space. On 10th December 1992, it was a thunderstorm at 9:30 pm; suddenly, the Matsumoto family heard a tremendous clap of thunder with a shock wave, damaging their house. The detonation made the family frightened. They found a stone weight under their house’s tatami mat the following day. And yet, it was a meteorite that penetrated through the house and fell into Matsumoto’s place. 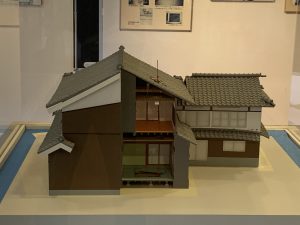 Hiroshima’s astronomical observatory, about 140 kilometres(87 miles) from Mihonoseki, and enthusiastic space lovers witnessed when the space’s stone dived into the local Japanese family’s house. They assured that the falling object was a part of a space rock.

The Mihonoseki meteorite incident became so well-known all over Japan at that time as to enable the town to be famous. 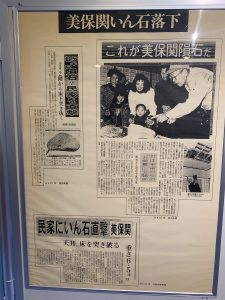 The grey stone seemed to be floated in outer space for 61 million years, eventually arriving in Mihonoseki. The maximum length is 25.2cm(0.82 ft), and the weight is 6.38kg(14lb). The stone consists of olivine and pyroxene augite, which are silicate salt ore.

The meteorite stone has been displayed at Meteo Museum in Mihonoseki since it arrived in the town, except for a short period for inspection by the National Astronomical Observatory of Japan.